This distinction between social justice ideology and peacemaking is an interesting one that’s been brought to my attention recently through returning to some of Walter Brueggemann‘s work.  Obviously, social justice is a good thing.  As ideology, however — that is, as an ossified concept or immaterial absolute — its truth and goodness is cheapened.  Usually this happens when we pursue social justice solely by mechanical and rhetorical means. In doing so, we neglect aesthetics and appeal narrowly to a quantifiable distribution of goods, rights, laws, or to universal abstract ideals like freedom an equality — without embodied community, neighborliness or celebration of beauty and creativity.

Social justice ideology is depersonalized and lacks self-awareness.  It also tends to lack hope.  It merely identifies injustice and gets angry.  Basically, it’s pure judgment, which means it’s lazy.  Social justice ideology, much like conservative ideology, says we are right, you are wrong, and never relinquishes that condescending posture.  Richard Niebuhr called this henotheism.

Peacemaking on the other hand goes something like this:

Peacemaking, like most beautiful things, begins small.  Matthew 18 gives us a clear process for making peace with someone who has hurt or offended us; first we are to talk directly with them, not at them or around them . . . Straight talk is counter-cultural in a world that prefers politeness to honesty.  In his Rule, Benedict of Nursia speaks passionately about the deadly poison of “murmuring,” the negativity and dissension that can infect community and rot the fabric of love.

Peacemaking begins with what we can change — ourselves.  But it doesn’t end there.  We are to be peacemakers in a world riddled with violence.  That means interrupting violence with imagination, on our streets and in our world. Peacemaking “that is not like any way the empire brings peace” is rooted in the nonviolence of the cross, where we see a Savior who loves his enemies so much that he died for them.

— From A Liturgy for Ordinary Radicals

In sum, peacemaking is neither Fight nor Flight, but something altogether different.

According to Walter Wink, Flight consists of submission, passivity, withdrawal or surrender.  Conversely, Fight looks like armed revolt, violent rebellion, direct retaliation or revenge.  The neither/nor alternative is as follows:

A similar lesson seems to have recently been learned by protagonist and lead female actor Emily VanCamp‘s character Emily Thorne in an episode last week of the hit ABC television drama series Revenge. 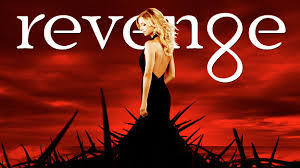 I’m interested to see how this season plays out and hope to reflect on it some when it’s over.  In short though, she’s dedicated practically her whole life to an elaborate scheme aimed at avenging her father’s unjust death and public shame, which was carried out through a complex cover-up and legal scandal that left a number of pernicious perpetrators off the hook.  It’s too early to tell for sure, but it looks like Emily could be making the difficult but transformative journey from eye-for-an-eye ideology to real peacemaking.