In Church and World, Ethics

The Politics of Jesus remains a landmark book that has inspired much of neo-Anabaptist thought. I read it for the first time in seminary alongside several other seminal works by Gustavo Gutierrez, James Cone, Rosemary Radford Ruether, Reinhold Neibuhr and others. It’s represents a movement that I’ve been impressed by in recent years, particularly with its critique of how power often gets used in our culture and in the church to reinforce hierarchies and antagonisms, rather than to advance God’s kingdom.

What many evangelicals put forward when it comes to a Christian vision of social justice is not so much a criticism of the dominant social order as such, but more so just a criticism of behavior within the social order. This matters too, of course, but the church needs something more. In other words, evangelical church leaders often struggle to give people what Walter Brueggemann called a “Prophetic Imagination.” Instead, social engagement has tended to focus more on individual moral issues.

At the same time, there are also those Christians who have indeed articulated a strong critique of the way society is organized. They then go on to call for the transformation of society into a more “Christianized” form. Both liberal and conservative versions of this abound, and in the 20th Century, examples range from the Social Gospel Movement to Christian Realism (in the last two decades, Radical Orthodoxy). There is much to be learned from each of these schools of thought, and they should not be dismissed, but I would argue that they nonetheless all begin their thinking primarily from within the paradigm of Christendom. 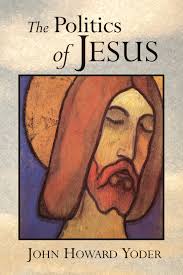 What Yoder and neo-anabaptists after him do (Hauerwas, etc.), however, is not only question the values of certain political and economic arrangements (of both the Left and the Right), but also call on the church to embody its own micro-political economy of God’s kingdom here and now. The mission, therefore, is neither to Christianize the social order (Rauschenbush), nor even to simply do our best trying (Niebuhr), but rather to bear faithful witness to Christ with cruciform existence in a world that remains hostile to it. This means the church may often look like a failure or be “unsuccessful” in society’s eyes, and that is ok.

Yoder’s “Politics of Jesus” has often been mistaken for an ecclesiology of separatism and disengagement.[i] But this is clearly not what Yoder espouses. As many know, Yoder’s case for non-violence, understood as an imperative of the church and as central to Jesus’s life and message, is not merely a social ethic but a revolutionary way of being in the world that says we must be willing to suffer and die rather than retaliate against our enemies — because that is what Jesus did for us.[ii]

But this still leaves out the voice from Latin America and now globally of those on the margins who’ve been proclaiming God’s preferential option for the poor and oppressed. And given our current political climate, I do not think the “Politics of Jesus” alone will be sufficient by itself to equip the church. We must also heed the word of “the Politics of Jesús.” 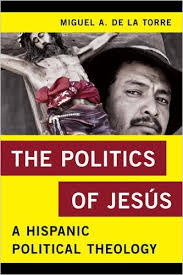 “The Politics of Jesús,” as first espoused by Latin American liberation theology but also many others since then, is indeed concerned about transforming social conditions, but not by influencing through the halls of power — not from the viewpoint of a Christendom society, in other words.

These people already find themselves living on the underside of history. So the transformation of social structures for them must be done from below and in a subversive way. After all, this is how God moved to liberate people in the Bible. The Spirit began its work from the margins and in the midst of the excluded. Furthermore, there is a consistent warning throughout the Scriptures against those who benefit from the unjust political and economic treatment of the vulnerable.

So both of these theological streams are born out of a post- or non-Christendom perspective. Both are faithful to certain readings of the Bible, and both are inextricably tied to their particular contexts and histories of experience. Finally, both believe that power must be wielded from outside the system rather than from within.

The big disagreement between them basically comes down to whether this power or force can ever become violent in its efforts to oppose oppressors and call them to repentance. In The Politics of Jesús, Miguel De La Torre puts it like this:

Not all violence is the same . . . To make a preferential option of love for the oppressed means harming the oppressor, who has a vested interest in insisting on the use of nonviolence, as the only ethical acceptable methodology, by those who she or he oppresses. The conflict and disruption that comes with following Jesús, whose consequence at times is violence, illustrates the need for ethical praxis for colonized people that lack the physical or military power to confront or overcome the colonizer (p. 163).

I think it is impossible to assess the question of which position is “right” without being in either of their contexts. If I am a privileged citizen of the most powerful country in history, faithfulness and hermeneutics look different than they would if I were a poor resident of a small village outside of Lima or of an urban slum of Tegucigalpa.

I do not try to answer this question, then, for someone who finds themselves in utterly deprived material circumstances. I do believe Jesus’s command to take up our cross (Matt. 16:24), turn the other cheek (Matt. 5:39), and put down the sword (Matt. 26:52), are non-negotiable, but I also think they easily get misappropriated. So I don’t presume to interpret for the oppressed. What I can do, however, is look at my own life, and with my church ask about the ways that we are getting implicated by violence and exclusion, and how we can practice resistance and neighborliness together.

Can we Learn from Both?

For the church in North America right now, and especially given recent actions taken by the executive branch of the U.S. government, there is one commitment that both of these minority and prophetic streams of the tradition seem to completely agree, and it is this: The gospel of God’s kingdom makes demands of our allegiance that are going to directly challenge the spirit of nationalism, “America first,” or any other militarized, corporate, top-down means of securing the interests of one group over and against another. 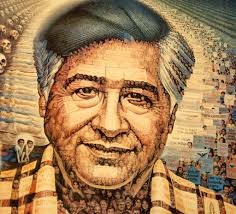 In the shadow of the U.S. political apparatus, and yes, even more so in the age of Trump, I believe we must pull from the riches of both of these traditions. And again, only speaking about the church in North America, I think the best example we have that is faithful to both remains not only the civil rights movement and the legacy of Martin Luther King Jr., but also that of César Chávez and the activism of the United Farm Workers. Of course, everybody tries to hijack these two icons, but we can avoid that.

Each movement offered a public incarnation of a non-violent political theology. What distinguished them from Anabaptists, however, was their state-oriented posture. They weren’t content to stay “in the neighborhood.”  Each in their own way mobilized the church and people of faith alongside others to call society at large to account. They demonstrated an alternative way of peace, justice and mercy in the world, and spoke prophetically against both racism and militarized capitalism.

So, for those who like me have been attracted to the new Anabaptist perspective:

[i] Yoder’s position is well known. Of course, there is the sex scandal that now taints his reputation, but I can’t speak to that here. This quote captures his thought as well as any: “The lamb that was slain is worthy to receive power!’ John is here saying, not as an inscrutable paradox but as a meaningful affirmation, that the cross and not the sword, suffering and not brute power determines the meaning of history. The key to the obedience of God’s people is not their effectiveness but their patience (Rev 13:10). The triumph of the right is assured not by the might that comes to the aid of the right, which is of course the justification of the use of violence and other kinds of power in every human conflict. The triumph of the right, although it is assured, is sure because of the power of the resurrection and not because of any calculation of causes and effects, nor because of the inherently greater strength of the good guys. The relationship between the obedience of God’s people and the triumph of God’s cause is not a relationship of cause an effect but one of cross and resurrection” (p. 232).

[ii] “…the cross, being the standard punishment for insurrection or for the refusal to confess Caesar’s lordship, already had a clear definition in the listener’s awareness. “‘Take up your cross’ may even have been a standard phrase of Zealot recruiting. The disciple’s cross is not a metaphor for self-mortification or even generally innocent suffering; ‘if you follow me, your fate will be like mine, the fate of a revolutionary. You cannot follow me without facing that fate” (p. 38).

Invitation to Silence and Solitude