Abortion, The Women’s March, and other Uncontroversial Things: A Couple’s Perspective 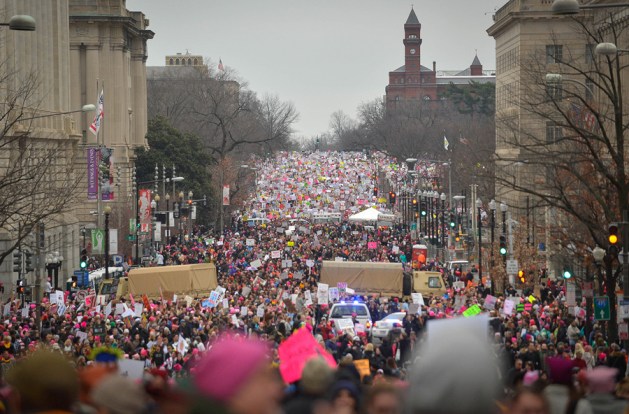 On the anniversary of Roe v. Wade, there is quite a convergence right now with this past Saturday’s Women’s March, Trump’s Inauguration the day before, and the March for Life this coming Friday. I don’t think I’ve ever written about abortion, mainly because it’s a conversation I’d rather have in person, and I’m certainly not an expert. Not to mention, it tends to get people up in arms, and often for good reason. But today I felt compelled to say something.

Though my theological orientation has tended to be broadly evangelical, I hold fairly “progressive” views on many social issues. But not when it comes to abortion. I have a son now, and there’s no question in my mind about the sanctity of his life in the womb. I can only speak as a man, which  is insufficient (my wife Whitney speaks for herself below), but even in the exceptional cases that make abortion necessary or justified (rape, incest, risk to maternal life, etc.), I believe it remains tragic. And the reality is that the majority of abortions do not occur as a result of these terrible circumstances.

Thus, like many others, I desperately want the demand for abortion to decrease. And there are many ways to lovingly combat this epidemic — some political, some not. The conventional liberal position on the subject (namely, that abortion should not only be legal, but also that it is a moral “right”), strikes me as an understandable but misguided one, funded in part by an on-going reaction to the incredulity of the Religious Right and other groups in the past that have suppressed women’s equality. I am unconvinced, however, that outlawing abortion or voting for only “pro-life” candidates is the best or most effective way to actually go about being “pro-life.”

Though it is a very different issue, my doctoral studies on the drug war taught me a lot about the power and adaptability of illicit markets. Pushing abortion underground could potentially do more harm than good. Hearts are not likely to be changed by taking this approach, and in the long run, studies show it may not even save lives. A social and economic strategy, rather than a legal and partisan one, may be preferable. And as a pastor, I think churches and non-profits have unique resources and opportunities to fight abortion by creating safe, shame-free support systems for at-risk moms. Moreover, every ounce of God’s grace must be proclaimed and extended to persons who’ve already had abortions.

With regard to the Women’s March, I can understand why some feel excluded from it because of the organization’s official stance on “reproductive rights.” The march was about much more than that, though, and discrediting it on the grounds of one issue seems unwise. Political activism is messy and flawed, and the campaign platforms of popular movements will rarely line up perfectly with all of our convictions. But we need these kind of protests and demonstrations. They are vital to the integrity of democracy.

In fact, any “pro-lifers” who marched on Saturday may have been making one of the strongest statements of all. They would have shown their ability to self-differentiate and work with those who hold opposing views. It would have been a sign of maturity, not compromise. And why not participate in demonstrations such as the Women’s March as well as The March for Life on Friday? For one thing, that would certainly put a fly in the ointment of the Christian stereotype.

There are also those who might be inclined to dismiss the march because they feel their rights have already been secured. If that is you, I recommend reading this post. There’s still work to be done when it comes to the treatment of women, even in the US, and marching for women’s rights is about protecting and celebrating progress as much as it is about achieving it. Obviously, some who marched were  condescending and indulgent rather than concerned about educating and building bridges, but it appears that these were the exception more than the rule.

I pray that Christians in particular can find a way to dialogue and work together across the isle on important issues like this one. It is easy to be discouraged by all of the polarizing discourse one sees these days. I too have added my fair share of critical commentary. Nonetheless, I remain hopeful and confident that the good news of God’s coming kingdom will shine through the cracks of our divided society. 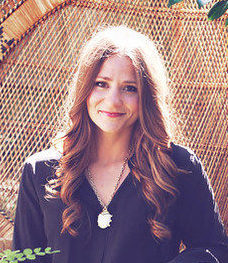 I have been watching communities and people in my life respond to the Women’s March this weekend and feel convicted to form my own response.

There are those in my community that would say, “Why would I march? I have all these rights, and I don’t stand for abortion.” I say that response is too simplistic and dismissive of an act of solidarity that stands for so much more. I don’t support abortion either, but I also know that it is a very complex, heartbreaking issue that cannot be given a black and white label. I am not going to “throw the baby out with the bath water,” because this march was about more than one issue.

Regarding the laws that establish women’s rights: just because a law is so, does not mean its intended effects play out in culture – especially for those that have grown up poor, without a support system, and are stuck in a vicious cycle that upper-middle class citizens have a hard time fully understanding. I know this because I grew up in the upper-middle class and don’t always see what isn’t put right in front of me. One’s worldview and experiences do not reflect an accurate picture of reality for all, and that has been a hard concept to remember and operate from for me.

Unfortunately, I was unable to march because it was pouring down rain and I was home with my baby while my husband was working 🙂 If I could have, though, I would have marched for victims of sexual assault. I would have marched because the expectations placed on working mothers today sometimes feel insurmountable. If you are trying to both be a mom and work, you constantly battle the feeling of inadequacy in both roles, in addition to battling the unrealistic expectations society puts on your body image. You feel guilty for the way your attention is divided, or maybe for the way you need your work to sustain you as a person — rather than just being satisfied as a mother. I would have marched for the mothers that want so desperately to be at home with their babies full-time, but cannot afford to be. I would have marched in celebration and honor of the women that fought before me throughout the 20th century so that I could vote or even have the freedom to feed my child by whatever means necessary (as seen in this photo, where I am pumping in an airport bathroom. The things we do for our children…) 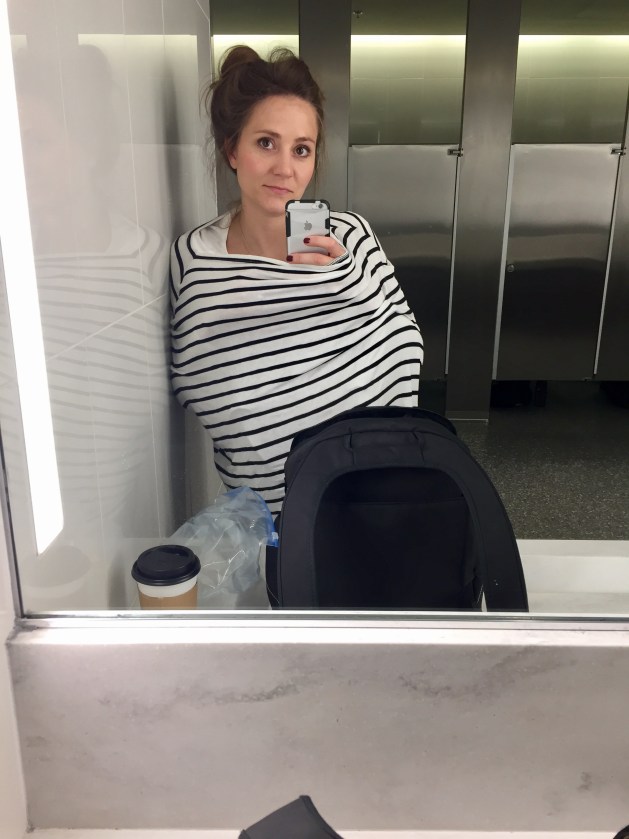 Basically, women amaze me. They are ethereal, beautiful, wise, strong beings, so much like their Creator, and they give and sustain life. The experience of becoming a mother and the raw emotional and physical energy it demands has left me in awe of the capacity of all women, mother or not. We are capable of so. much. So. Much. It is incredible and words seriously do not do it justice. We can, and do, do it all.

Silence Plumbs the Depths of Suffering, Priesthood and Apostasy

Learning about the Gospel from Self-Help, AA and Tony Robbins