The Enneagram is a very ancient tool (recognized by some members of all three monotheistic religions) whose Christian origins can be traced to the Desert Fathers and Mothers of the fourth century. I first learned it in 1973 when it was taught to me by my spiritual director, Jesuit Fr. Jim O’Brien. The Enneagram is used for the discernment of spirits, to help us recognize our False Self, and to lead us to encounter our True Self in God. The Enneagram was originally intended to help spiritual directors train and refine the gift of reading energies, or “the reading of souls,” and support the transforming of people into who they are in God. By forcing us to face our own darkness, the Enneagram leads us to address that same darkness as it shows itself in culture, oppression, injustice, and human degradation. 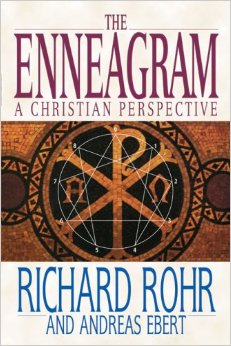 No one willingly does evil. Each of us has put together a construct by which we explain why what we do is necessary and good. That is why it is so important to “discern the spirits” (1 Corinthians 12:10). We need support in unmasking our False Self and distancing ourselves from our illusions. With the self-knowledge that the Enneagram gives us, we are not dealing only with the acknowledgement of sin. (Note: In the Enneagram tradition, “sin” is simply that which doesn’t work, i.e. self-defeating behavior.) We are also letting go of what only seems good in order to discover what in us is really good: our soul, our True Self.

We overcome our evil not by a frontal and heroic attack, but by recognizing it, naming it, and letting it go. The Enneagram works by insight. Once we see our False Self for what it is, we are no longer attached to it, and it no longer blocks us from realizing our inherent union with God. The Enneagram helps us see our own compulsive blindness and how we are acting at cross-purposes with our best interest. Realizing that, we can eventually flow with our gift and integrate our sin, our shadow, our failure, the “stone” which we rejected. We finally see that I am what I am, good and bad put together into one self; and God’s mercy is so great and God’s love is so total that God uses even my sin in my favor! God is using all of me to bring me to God. That is the Good News!

The Enneagram defines its nine human types on the basis of nine “traps,” “passions,” or “sins.” These sins can be understood as emergency solutions that were used in early childhood development as a way of coming to terms with one’s environment. They were necessary for survival. But the older we get, the more clearly they reveal themselves as much of our problem. We are addicted to one early set of glasses and also blinders!

The nine sins of the Enneagram eventually were reduced by Pope Gregory the Great to the “seven deadly sins”: pride, envy, anger, sloth, avarice, lust, and lack of moderation (or gluttony)—plus the two “sins” of deceit and fear. It is worth noting that we in the Western tradition have never unmasked and named these last two as sins as such, even though the Bible says, “Do not be afraid” 365 times, I am told. Yet they are the most pervasive sins of our society, which are all the more dangerous because we don’t see them.

The nine Enneagram types are arranged clockwise on the circumference of a circle for teaching purposes. They are then clustered together in three groups of three, or triads.

The Eight, Nine, and One are called the gut people. Their center of gravity lies in the belly, where the “raw material” of their existence is located. They often experience life as too much, somewhat like a full body blow to which they develop a characteristic defense: Eights hit back, Nines back off, and Ones try to fix it.

Two, Three, and Four are the heart people, or the social types. Although this is considered the feeling triad, they actually have no direct access to their own feelings. They experience themselves in reaction to the feelings of others! They unceasingly develop activities to secure the devotion or attention of others. Twos pose as lovable and helpful, Threes play whatever role “goes over” best publicly, and Fours put in an appearance as someone special and authentic (to themselves).

Five, Six, and Seven are the head people, or the self-preserving types. They are all plagued by fear and anxiety, which they cope with differently. Fives try to master it by gaining more and correct knowledge. Phobic Sixes link up with an authority or group for security. Counter-phobic Sixes may take foolish risks or make pre-emptive strikes to overcome their fears. Sevens deny and avoid pain and create fun and fantasy. All three are clever ways of largely living in your head.

While we do have a little of each type inside us, we all have one preferred stance, one Enneagram type, which we cannot change entirely, but which we can move toward redemption, transformation, the True Self. The Wing Theory illustrates that each type is balanced by developing the numbers on either side of it. For instance, the Four is balanced by developing both their Three and Five “wings.”

The Arrow Theory helps us know what maturity might look like and warns us if we are not doing well. The Direction of Integration is where the ray leaving your number is pointing (see the diagram above). Thus, when the Five is doing well, they resemble a healthy Eight and apply their solid research to bringing peace and justice to the world. The Direction of Disintegration would be found on this diagram by reversing the line which is pointing to your number. When the Five, for example, is not doing well, they take on the characteristics of an immature Seven and develop abstruse theories about everything.

The Soul Child Theory fits hand in glove with the Arrow Theory because the number we resemble when integrated is the same as our original or Soul Child number. In other words, as we mature, we return to our primal knowing of who we really are, i.e. our True Self. Thus, our “original sin” could be viewed as our particular Enneagram compulsion. It is the way we originally separated from our Truth.

The whole Enneagram diagram is called “the face of God.” If you could look out at reality from nine pairs of eyes and honor all of them, you would look at reality through the eyes of God—eyes filled with compassion for yourself and everyone else!