I first learned of this title because my friend Stephen Keating was reading it in a book study with Barry Taylor.  The introduction was enough to prompt me to pause and reflect.  Below is a somewhat long excerpt, but well worth reading in full: 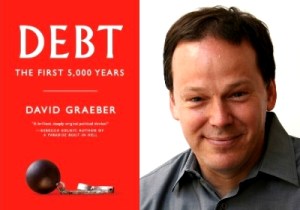 We chatted.  She told me about her job.  I told her had I had been involved for many years with the global justice movement – “anti-globalization movement,” as it was usually called in the media. She was curious: she’d of course read a lot about Seattle, Genoa, the tear gas and street battles, but . . . well, had we really accomplished anything by all that?

“Actually,” I said, “I think it’s kind of amazing how much we did manage to accomplish in those first couple of years.”

“Well, for example, we managed to almost completely destroy the IMF.”

As it happened, she didn’t actually know what the IMF was, so I offered that [along with the support of other U.S.-backed UN international institutions like the World Bank] the International Monetary Fund basically acted as the world’s debt enforcers – “You might say, the high-finance equivalent of the guys who come to break your legs.”  I launched into historical background, explaining how, during the ‘70’s oil crisis, OPEC countries ended up pouring so much of their newfound riches into Western banks that the banks couldn’t figure out where to invest the money; how Citibank and Chase therefore began sending agents around the world trying to convince Third World dictators and politicians to take out loans (at the time, this was called “go-go banking”); how they started out at extremely low rates of interest that almost immediately skyrocketed to 20 percent or so due to tight U.S. money policies in the early ‘80’s; how, during the ‘80s and ‘90s, this led to the Third World debt crisis; how the IMF then stepped in to insist that, in order obtain refinancing, poor countries would be obliged to abandon price supports on basic foodstuffs, or even policies of keeping strategic food reserves, and abandon free health care and free education; how all of this had led to the collapse of all the most basic supports for some of the poorest and most vulnerable people on earth.  I spoke of poverty, of the looting public resources, the collapse of societies, endemic violence, malnutrition, hopelessness, and broken lives.

“But what was your position?” the lawyer asked.

“About the IMF? We wanted to abolish it.”

“No, I mean, about Third World debt.”

“Oh, we wanted to abolish that too.  The immediate demand was to stop the IMF from imposing structural adjustment policies, which were doing all the direct damage, but we managed to accomplish that surprisingly quickly.  The more long-term aim was debt amnesty.  Something along the lines of the biblical Jubilee.  As far as we were concerned,” I told her, “thirty years of money flowing from the poorest countries to the richest was quite enough.”

“But,” she objected, as if this were self-evident, “they’d borrowed the money!  Surely one has to pay one’s debts.”

It was at this point that I realized this was going to be a very different sort of conversation than I had originally anticipated.

Where to start?  I could have begun by explaining how these loans had originally been taken out by unelected dictators who placed most of it directly in their Swiss bank accounts, and ask her to contemplate the justice of insisting that the lenders be repaid, not by the dictator, or even by his cronies, but by literally taking food from the mouths of hungry children.  Or to think about how many of these poor countries had actually already paid back what they’d borrowed three or four times now, but that through the miracle of compound interest, it still hadn’t made a significant dent in the principle.  I could also observe that there was a difference between refinancing loans, and demanding that in order to obtain refinancing, countries have to follow some orthodox free-market economic policy designed in Washington and Zurich that their citizens had never agreed to and never would, and that it was a bit dishonest to insist that countries adopt democratic constitutions and then also insist that, whoever gets elected, they have no control over their country’s policies anyway.  Or that the economic policies imposed by the IMF didn’t even work.  But there was a more basic problem: the very assumption that debts have to be repaid.

Actually, the remarkable thing about the statement “one has to pay one’s debts” is that even according to standard economic theory, it isn’t true.  A lender is supposed to accept a certain degree of risk.  If all loans, no matter how idiotic, were still retrievable – if there were no bankruptcy laws, for instance – the results would be disastrous.  What reason would lenders have not to make a stupid loan?

“Well, I know that sounds like common sense,” I said, “but the funny thing is, economically, that’s not how loans are actually supposed to work.  Financial institutions are supposed to be ways of directing resources toward profitable investments.  If a bank were guaranteed to get its money back, plus interest, no matter what it did, the whole system wouldn’t work.  Say I were to walk into the nearest branch of the Royal Bank of Scotland and say ‘You know, I just got a really great tip on the horses.  Think you could lend me a couple million quid?’ Obviously they’d just laugh at me.  But that’s just because they know if my horse didn’t come in, there’d be no way for them to get the money back.  But, imagine there was some law that said they were guaranteed to get their money back no matter what happens, even if that meant, I don’t know, selling my daughter into slavery or harvesting my organs or something.  Well, in that case, why not?  Why bother waiting for someone to walk in who has a viable plan to set up a Laundromat or some such?  Basically, that’s the situation the IMF created on a global level – which is how you could have all those banks willing to fork over billions of dollars to a bunch of obvious crooks in the first place” . . . [a related comment could be made her about the student loan debt crisis/bubble as well].

The reason it’s so powerful is that it’s not actually an economic statement: it’s a moral statement.  After all, isn’t paying one’s debts what morality is supposed to be all about?  Giving people what is due them.  Accepting one’s responsibilities.  Fulfilling one’s obligations to others, just as one would expect them to fulfill their obligations to you.  What could be a more obvious example of shirking one’s responsibilities than reneging on a promise, or refusing to pay a debt?

It was that very apparent self-evidence, I realized, that made the statement so insidious.  This was the kind of line that could make terrible things appear utterly bland and unremarkable.  This may sound strong, but it’s hard not to feel strongly about such matters once you’ve witnessed the effects.  I had.  For almost two years, I had lived in the highlands of Madagascar.  Shortly before I arrived, there had been an outbreak of malaria.  It was a particularly virulent outbreak because malaria had been wiped out in highland Madagascar many years before, so that, after a couple of generations, most people had lost their immunity.  The problem was, it took money to maintain the mosquito eradication program, since there had to be periodic tests to make sure mosquitoes weren’t starting to breed again and spraying campaigns if it was discovering that they were.  Not a lot of money.  But owing to IMF-imposed austerity programs, the government had to cut the monitoring program.  Ten thousand people died.  I met young mothers grieving for lost children.  One might think it would be hard to make a case that the loss of ten thousand human lives is really justified in order to ensure that Citibank wouldn’t have to cut its losses on one irresponsible loan that wasn’t particularly important to its balance sheet anyway.  But here was a perfectly decent woman – one who worked for a charitable organization, no less- who took it as self-evident that it was.  After all, they owed he money, and surely one has to pay one’s debts.

[I would encourage anyone to at least download the free sample for Kindle or Nook of this book and continue reading the introduction, which goes on to discuss other important historical factors such as colonialism and violence that set up many of these unequal international relations in the first place.  Just as even in our country today with a history of slavery and Jim Crow, so too the social costs of exploitation, domination and discrimination around the world by US and European imperialism from many decades ago are still being felt and counted in the present.]

Upon reflection, I immediately thought of the, until recently, widely agreed upon forbiddance by the Church throughout history of lending money on interest (usury).  In addition it makes me remember that line in the Lord’s Prayer: “Forgive us our debts, as we forgive our debtors.”  Moreover still, the microfinance movement came to mind, and in particular the non-profit organization called KIVA through which Whitney and I, and several of my friends and family members, make small loans to Third world individuals and small businesses.  There’s so much to say and think about here, but I the biggest lesson and reminder for me is simply the importance of taking a global look at many of the issues during election season, when so much preoccupation tends to be with domestic and foreign policy from the viewpoint of U.S. prosperity and security interest alone, rather than from the view of humanity and the world as a whole – especially those on the margins whom Jesus called God’s most blessed ones, and whom we were likewise instructed by Jesus to be concerned about first.

Theology and Politics: The Difference of the Christian God