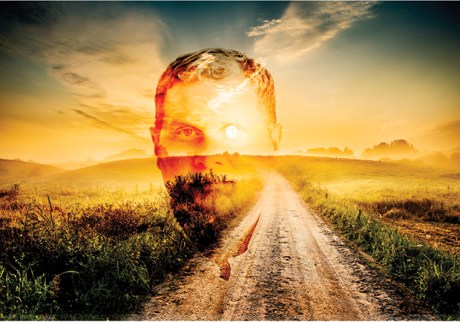 I saw this a little while back in last month’s Christianity Today issue and thought it was worth sharing.  Though the rest of the article moves on to be critical of Bell for other reasons, I’m grateful for editor Mark Gali’s generosity and fairness here.  This is the kind of attitude and careful attention I wish more conservative evangelicals would take toward Bell, as I believe it is a Christ-like one:

The former pastor of Mars Hill Church believes God exists and can be experienced and yet cannot be contained by rational explanations. He affirms the divinity and humanity of Christ, as well as the Resurrection. He believes the Spirit is active in our lives and in the world. He believes the Bible is authoritative at some level—that is, he always tries to understand his life in light of his reading of the Bible. He is indignant about self-righteousness and injustice, and contrary to popular opinion, he actually believes in a judgment: He says people who abuse and exploit others and creation will not participate in the glorious restoration of heaven on earth. Yes, he holds out hope that perhaps everyone will someday be saved, but in one sense, so do many evangelicals. Even God is said to wish that no one should perish.

So unlike some of my other fellow believers, I cannot say, “Farewell, Rob Bell.” Instead, I think of him as my brother in Christ.

The rest of the article can be found online here.