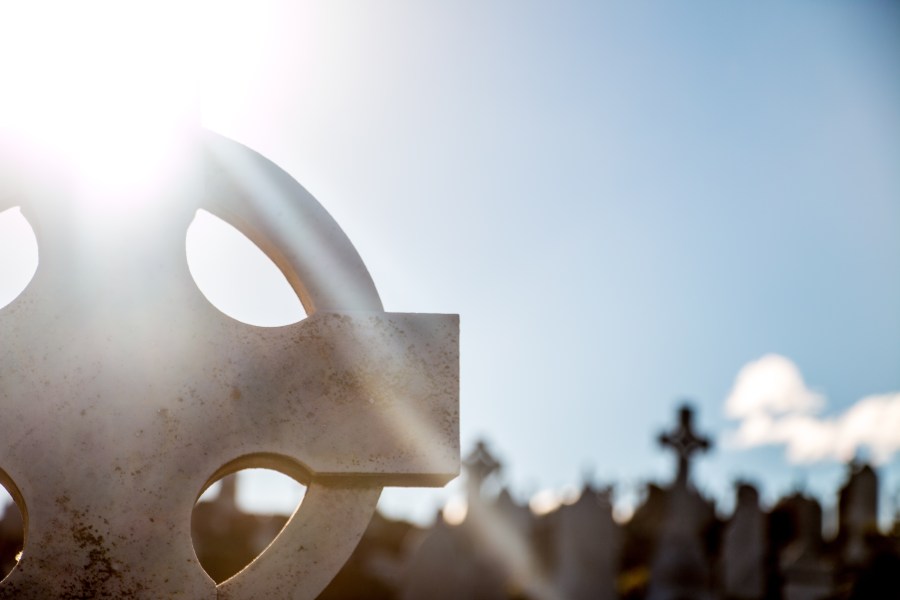 This post originally appeared on The Missio Alliance Blog on June 19, 2015.

According to its founding documents, Missio Alliance is committed to two things regarding the doctrinal issue of the atonement:

[First, asking] what is God’s salvation in Christ in the world and how might we understand it in a way that honors substitutionary atonement yet places it within the whole context of God’s work to set the world right? [And second,] working out what this means for conversion and sanctification of the individual believer as well as his/her participation in the Mission of God in the whole world.”

It is in this spirit that I wrote my post “Payment or Forgiveness?: Putting the Gospel back into the Atonement.” Unsurprisingly, this wasn’t done to the satisfaction of some. In this post, I’m going to try to make a few clarifications concerning the push-back I have received, and then go on to consider the second task mentioned above, which is to say something about what this doctrine means on the ground for individuals and churches participating in God’s mission.

With respect to Michael Bird’s criticisms in particular, I plan to respond in more detail in the comments section of his post. As far as my own interaction with Bird and knowledge of his work, I listened to the Seminary Dropout interview with Bird about his latest book, which was great, and I recently enjoyed reading an older essay of his in a book about the authority of Scripture. But that is it. We do not know each other, and I sense that Bird read my post with a somewhat suspicious lens. I trust there are reasons for this, but, along with what was probably my own failure to disambiguate some things, I think this caused us to miss each other.

At the same time, the subject of atonement is at the heart of evangelical and Christian identity, and despite my best efforts to write charitably, the argument in my post was unavoidably polemical.  It is therefore perfectly understandable that someone like Bird would offer a fairly spirited retort. However, Bird did not simply comment on my original post by asking pointed questions or seeking clarification on key issues. Instead, and in a manner that is consistent with the larger phenomenon of people talking past each other on the theological blogosphere, he made significant assumptions and rather sweeping judgments about both my thinking and Missio Alliance in general.

I would like to think our discourse could be a little less accusatory. Assume the best, you know?

For instance, based solely on Bird’s response, one would think I was unreservedly recommending that everyone in the world should buy and read Tony Jones’ latest book! In actuality, all I did was note that Tony has recently written a book that also emphasizes the urgency of the atonement question. Unfortunately, I haven’t read the whole book yet, so I withheld any further evaluative remarks. So far though, in terms of critical responses, it does look like both Geoff Holsclaw and J.D. Kirk, to name two, have given fair-minded reviews of it.

So I do hope that there is less disagreement between Bird and I than his tone suggested. I also felt that he could have more seriously considered the last three paragraphs of my post, wherein I explicitly name the problem of assuming that “penal” texts (still hate that word!) are somehow self-interpreting. Bird is of course justified in calling attention to several passages that, following the usual evangelical view of them, raise difficulties for a non-penal view of substitution. I just don’t think the mere mentioning of these texts comes even close to settling the matter. The whole question about the logic of Trinitarian forgiveness remains outstanding, which was the primary impetus for my post to begin with. It’s hard not to detect an unspoken, fideistic hermeneutic underlying Bird’s rhetoric, and one that is locked in to a supra-textual line of reasoning. Nevertheless, I’m grateful for the exchange and for Bird’s willingness to engage what I wrote. I also wonder whether some of the discrepancy here can be chalked up under the heading of “why biblical scholars and systematic theologians hardly ever get along.”

There was a review of Simon Gathercole’s book Defending Substitution recently in First Things. He was another one of the New Testament scholars that Bird insisted people read before critiquing penal substitution, yet interestingly, Peter Leithart’s review actually says this about Gathercole’s position: “[Gathercole] makes it clear that he is not necessarily defending penal substitution (though he sees some support for it in 1 Corinthians 15:3; cf. 73, fn 33).”

Indeed, while the Christus Victor and moral influence theories stand squarely within the rich heritage of Christian theology, I do believe the atonement has to be substitutionary[1]. According to a number of places in Scripture, the severity of sin does seem to require that Christ suffer a brutal death if humanity’s relationship with God is going to be reconciled. Christ died in our place, for and because of our sin. So whatever culpability the Romans, the Jewish leadership or the crowds had in the crucifixion as described by passion narratives, it was also a divinely orchestrated event.

Yes, Jesus died instead of us! He was divine, he was innocent, and he was righteous, so in him we have justification. This we believe, as Paul and the rest of the New Testament declares.

I simply think, however, that when punishment or payment language becomes the hinge upon which forgiveness swings, the formulation of penal substitution loses its deep theological coherence. Does God do violence to himself, in Christ, in order to forgive us? This is where I believe the intelligibility of penal substitution hits a wall. In other words, penal substitution breaks down when it’s not Trinitarian. [2] It’s easy for New Testament scholars to lose sight of the creedal forest while focusing on the textual trees. A thoroughgoing Trinitarian theology renders penal substitution contradictory at a certain point, namely, where God and Christ are pitted against each other as if they were somehow separate beings with separate wills. [3]

Secondly, the temptation is always looming to smuggle a transactional economy back into a grace-based relationship between God and the world.  Atonement theories are one of the sites where this is most likely to happen. The most frequent example I see of this comes in the form of telling people to love God or follow Jesus “because of what he did for us” or “because we owe him everything.” This is a true, and Scripture concurs in some cases, but ultimately the most compelling reason to love God and follow Jesus is not because we have to, but because we get to. Because we have freely come to see and trust that God’s love for us in Christ is true and good and beautiful in the first place, and that it holds all things together. This is why the logic of forgiveness through atonement, while not fully comprehensible, cannot be contradictory.

Thirdly, context is everything. And not just New Testament context, but also contemporary context. We are far removed from the world of Second Temple Judaism, as well as the feudal judicial system of the Middle Ages. This does not mean that we are exempt from doing the hard work of understanding and interpreting the passages and theological traditions that have been handed down to us from these times and places, but it does mean that the way we preach the gospel today has to be, while not necessarily palatable, still relatable to modern sensibilities. There is nothing inherently “progressive” about this. Rather, it is driven by the on-going demands of faithful gospel-application in local church settings.

Whatever disagreement we may still have about atonement theory, Bird and others like him will surely agree that atonement must be worked out on the ground in communities — where Christians are striving for unity amid differences and being brought together by the concrete, universal reconciliation and communion that is established by God in Christ through the power of the Holy Spirit.

So, in the work of embodying this atonement in community, the church is called to forgive as God in Christ forgave us. This commitment to forgive, particularly for people of privilege, issues in a refusal to stop suffering, even for the sake of our enemies. We don’t get to demand payment even when it’s very hard not to. We don’t cry out for vengeance or retribution, even when it hurts us deeply not to. This is perhaps above all what it means for the church to be a community called atonement (a’la McKnight), and a community that is different from the world, for the sake of the world.

Second, in embodying atonement, the church is called to put relationships before the law. Atonement literally means “to make one (again).” In order for this to make sense, one has to see the whole story in miniature. At the most primordial level, throughout the story of Israel, sin was more about breaking a covenant than a rule. Scot McKnight tells the story well:

Sin is a cracked relationship of otherness with God, with self, with others, and with the world.  The redemptive plan of the Bible is to restore humans into a oneness relationship with God, self, others, and the world.  This otherness problem is what the gospel “fixes,” and the story of the Bible is the story of God’s people struggling with otherness searching for oneness. (The Blue Parakeet, 72.)

In the atonement, God is the one who first put relationship before the Law. Now the Church gets to imitate that.

Finally, in embodying atonement, the Church is called to be in solidarity with the poor and marginalized in our midst. There is no atonement apart from this! Whether the reconciliation we are called to seek is across lines of gender, ethnicity, race, sexuality, nationality or class, people of atonement are people who enter into life with those whom society has demeaned or excluded in some way or another. This solidarity is expressed in neighborliness. At times, it may require resistance and advocacy, but only through relationships of mutual submission and that eschew patronizing hierarchies.

And most of all, solidarity and embodied atonement come together not just when we forgive, but when we are forgiven by each other — especially by those in whose oppression we have been complicit, even if unknowingly. The reconciliation of all things that Christ’s atonement inaugurates comes to completion only when these relationships are healed.

So I’d love to know, how does this sit? What questions does this provoke? What angles or issues still need to be considered?

[1] For the best theological treatise of a non-penal substitutionary theory of the atonement in the Western tradition, to my knowledge, I recommend Hans Urs von Balthasar’s Theodramatics, (vol. IV in particular), which is arguably the greatest systematic theology of the 20th Century, along with Barth’s. I am currently writing a chapter in my dissertation on von Balthasar’s soteriology).

[2] Perhaps no one stressed this more in the European-American theological tradition than Jurgen Moltmann in The Crucified God. The Patristic and classical tradition would have some questions for certain aspects of Moltmann’s theology, but one does not have to be a full-blown Moltmannian to appreciate his contribution.

[3] For a telling example of what I meant by “the most popular understanding of substitution,” I recommend this short sound bite from Acts 29 President and Village Church pastor, Matt Chandler: https://www.youtube.com/watch?v=BVpLCnpuUYA

Payment or Forgiveness? Putting the Gospel Back into the Atonement

The Message to the Church in Thyatira: Holiness and Embodiment